Only 2 left in stock

In our age of globalisation and pandemic, how should we react to the new Islamophobic movements now spreading in the West? Everywhere the far right is on the march, with nationalist and populist parties thriving on the back of popular anxieties about Islam and the Muslim presence. Hijab and minaret bans, mosque shootings, hostility to migrants and increasingly scornful media stereotypes seem to endanger the prospects for friendly coexistence and the calm uplifting of Muslim populations.

In this series of essays Abdal Hakim Murad dissects the rise of Islamophobia on the basis of Muslim theological tradition. Although the proper response to the current impasse is clearly indicated in Qur’an and Hadith, some have lost the principle of trust in divine wisdom and are responding with hatred, fearfulness or despair. Murad shows that a compassion-based approach, rooted in an authentic theology of divine power, could transform the current quagmire into a bright landscape of great promise for Muslims and their neighbours.

Who is Abdal Hakim Murad?

He has translated a number of books from the Arabic, including several sections of Imam al-Ghazali’s Ihya’ Ulum al-Din.

His most recent book is Commentary on the Eleventh Contentions (2012), in which he deals with a range of modern social and political controversies.

Born in 1960, Winter was educated at Westminster School, and graduated with a double-first in Arabic from Pembroke College at the University of Cambridge in 1983. He then studied and taught traditional Islamic sciences at the Al-Azhar University in Egypt for several years, and spent several more in Jeddah, where he administered a commercial translation office and maintained close contact with Shaykh Habib Ahmad Mashhur al-Haddad. In 1989, he returned to England and spent two years at the School of Oriental and African Studies, University of London where he concentrated on Turkish and Persian.

Abdal Hakim Murad, a Sunni Muslim, regularly leads Jum’a prayers at the Cambridge central mosque, and has spoken in major mosques in Australia, Singapore, Malaysia, Spain, and the United States. Recordings of his talks are available on the Cambridge Khutbas website. His articles have appeared in The Independent, the London Evening Standard, the Daily Telegraph, The Times, the Catholic Herald, Islamica, Zaman, the Times Literary Supplement, and Prospect. He is also a regular contributor to BBC Radio 4’s Thought for the Day. 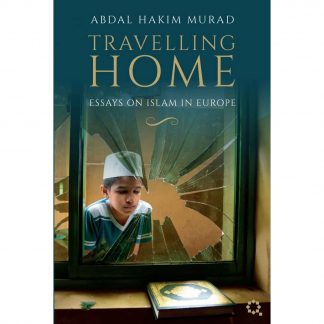