As a response to a request, Imam al-Bajuri outlines the core beliefs of the orthodox Sunni doctrine (aqidah) that must be known by every Muslim.

Designed to be studied with a teacher or read on one’s own, this text will equip the student with sufficient knowledge of the essentials of Muslim theology to be able to distinguish truth from falsehood, orthodox from heterodox, Ahl al-Sunna wa al-Jama’a or Sunni Islam from other than it. It is hoped that by including the facing, vocalized Arabic script that 1) students of Sacred Knowledge will be aided in learning the language of the Qur’an, the Prophet (saws), and the ulama, 2) it will serve as a teaching aid for the ulama when teaching this text to reference the original work and 3) to preserve the actual words of Imam al-Bajuri.

Ibrahim b. Muhammad b. Ahmad al-Bajuri or al-Bayjuri – which is an ascription to a village within a few hours of Cairo named al-Bajur – was the Shaykh of Islam and the Imam of Masjid al-Azhar. He was born 1198 AH / 1784 CE and lived in Giza during the French occupation when Napoleon entered Cairo. In the year 1216 AH / 1801 CE, he returned to Cairo and began studying in Masjid al-Azhar and gained popularity due to his immense knowledge. He began teaching in al- Azhar in Sha’ban of 1263 hijri / 1801 CE and continued teaching until he passed away in Dhu al-Hijja of 1277 AH / 1861 CE. 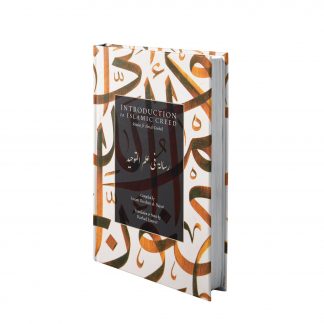